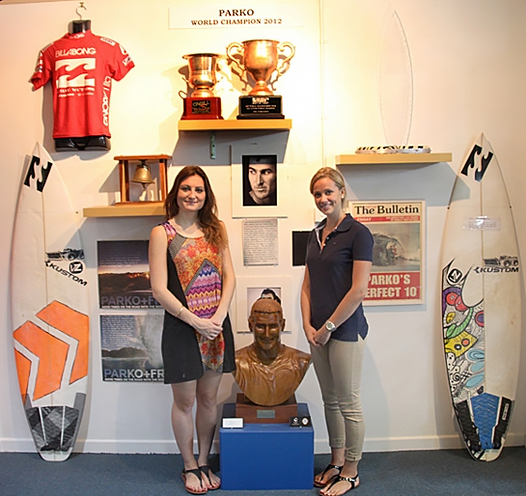 In conjunction with ABC, Natalie Imgraben and Jess Drummer came to visit Surf World Gold Coast in February and had the pleasure of talking with Surf World Gold Coast’s Chairman, Mal Sutherland, about the infamous and iconic Rip Curl Pro Bell. The particular trophy that the museum holds was won by Joel Parkinson in 2004.

The girls compiled a video as part of their curriculum for Bond University and Natalie has passed the film onto Surf World Gold Coast. Have a watch of the video and listen to Mal while he tells us some of the history behind one of professional surfing’s most sought-after prize.