Warning: Trying to access array offset on value of type null in /home/surf/www/www/plugins/system/nrframework/NRFramework/SmartTags.php on line 147
 News 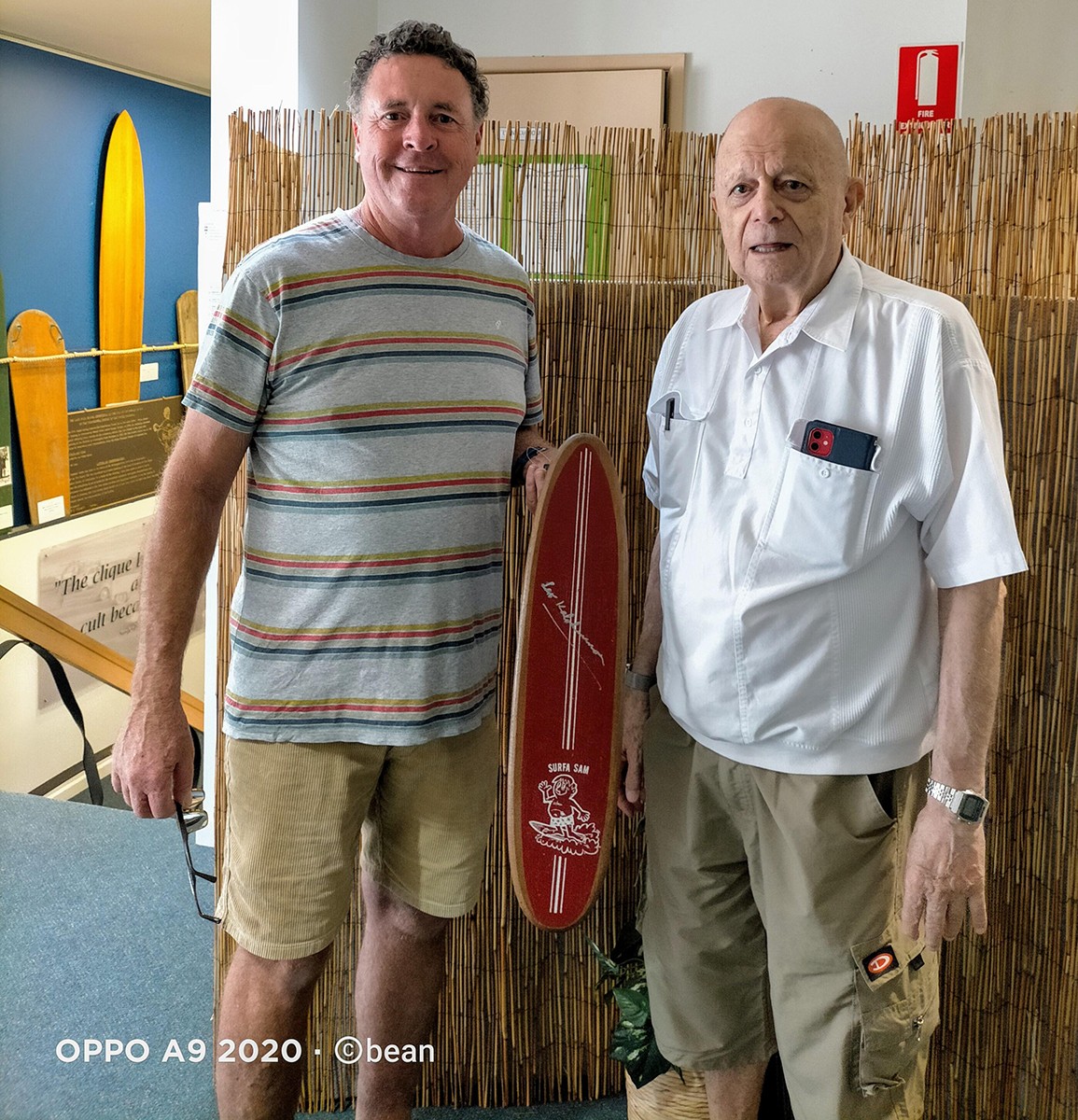 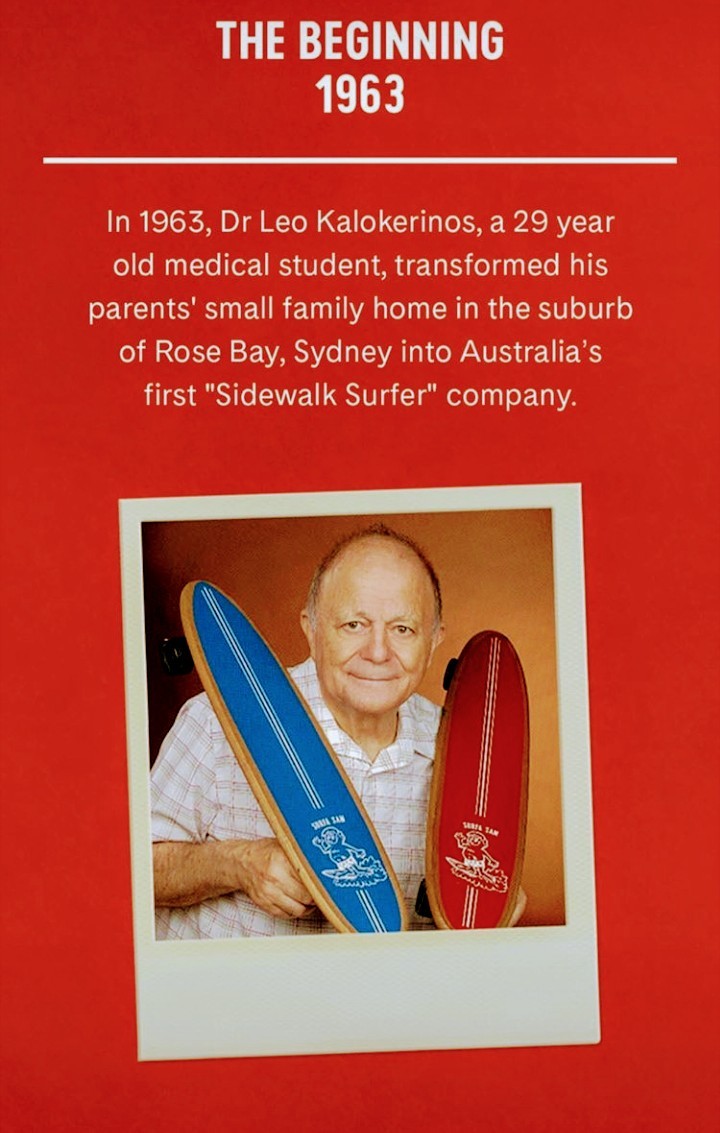 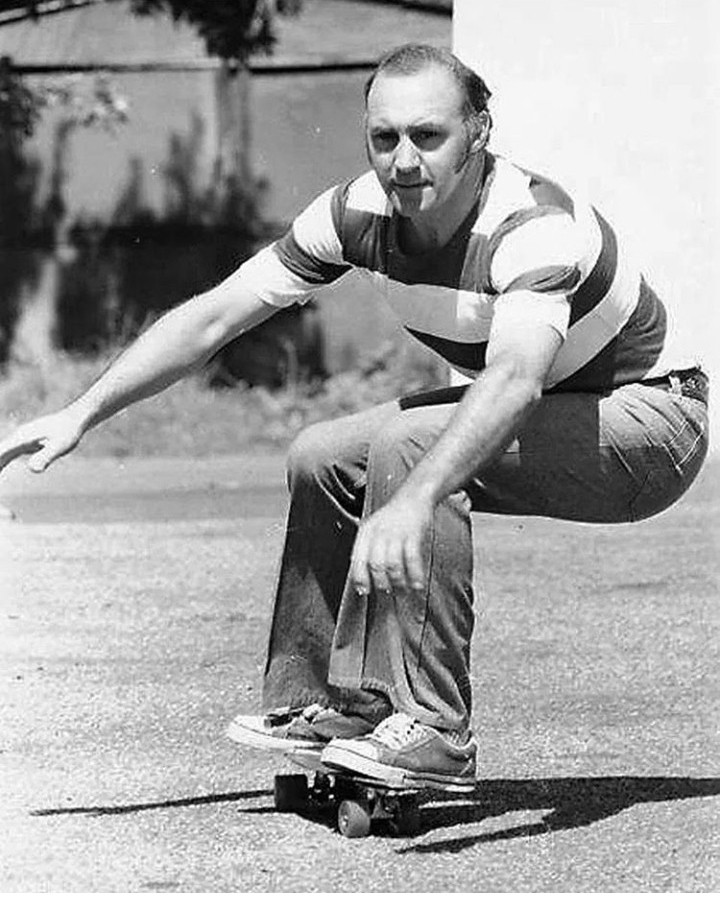 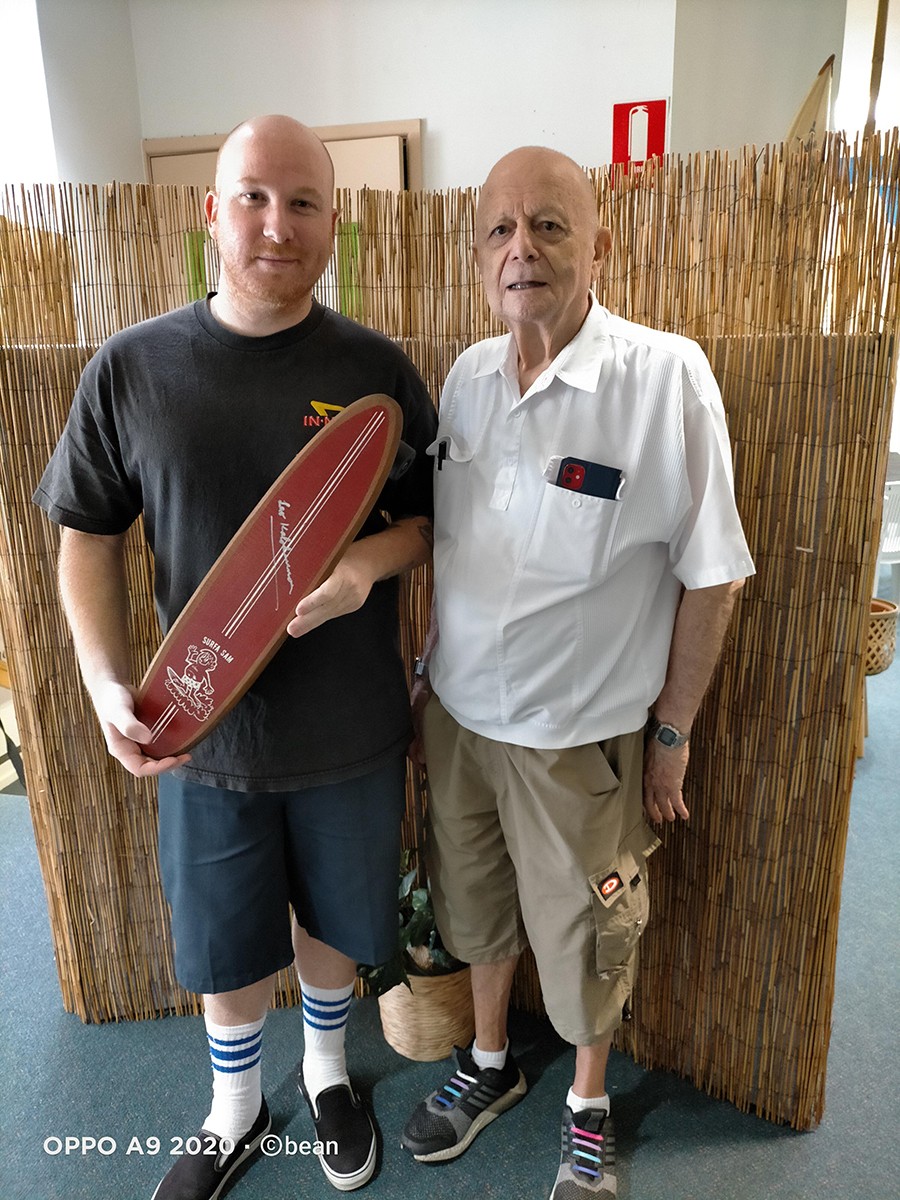 Surf World management and volunteers are saddened by the news of the passing of Bob Cooper one of our true surfing pioneers. Many stories have been written about Bob and his exploits and his life has been extensively covered in magazines and books so Surf World has asked their founding chairman Mal Sutherland - who knew him well to write a short personal eulogy to him.

I met Bob in 1959/60 on his first trip to Australia. Scott Dillon had told me that American surfer Bob Cooper was in Sydney and was coming to Coolangatta and would I make him feel welcome. It's funny when I think about it but my first words to him when we met were "are you the Bob Cooper who is featured in Surfer Magazine". From that point we became friends and on both his first and second visit we explored the then isolated surfing locations in northern NSW and had many memorable trips to Byron Bay – one especially with Joe Larkin comes to mind.

When we were travelling we would always let Bob enter the café's first and order his bannnana, hooney and nut sandwich to see the shocked reaction on the assistants faces – this was an unheard of combination in Australia at the time.

It was during those trips that I came to realise what a deep thinking and caring person Bob was, not only about his surfing but in the way he treated other people. To give an instance – I was involved with Paul Witzig doing poster distribution and some PR for Bruce Browns' Barefoot Adventure and had to pick Paul, Bruce and Phil Edwards up from their motel for the first showing of the movie at the Capitol Theatre and was unable to take Pat so Bob offered without any hesitation or embarrassment to escort her to the movie – Pat was 8 months pregnant at the time.

When he returned to Australia to live permanently we lost contact for a time only occasionally catching up at the Stubbies or Noosa Festival.

In 2009 I was asked by the GCCC Art Gallery to stage an exhibition of my photos titled Surfing in the 60s – A Journey of Discovery so I contacted Bob to ask him to be on the panel on opening night to give an Americans' view of what it was like in that era. Bob accepted without hesitation and travelled down from Noosa at his own expense to appear with Phylis O'Donnel and Joe Larkin.

This exhibition led to the formation of the steering committee that formed Surf World Gold Coast.

Bob may you RIP and enjoy an unending supply of banana ,honey and nut sandwiches. 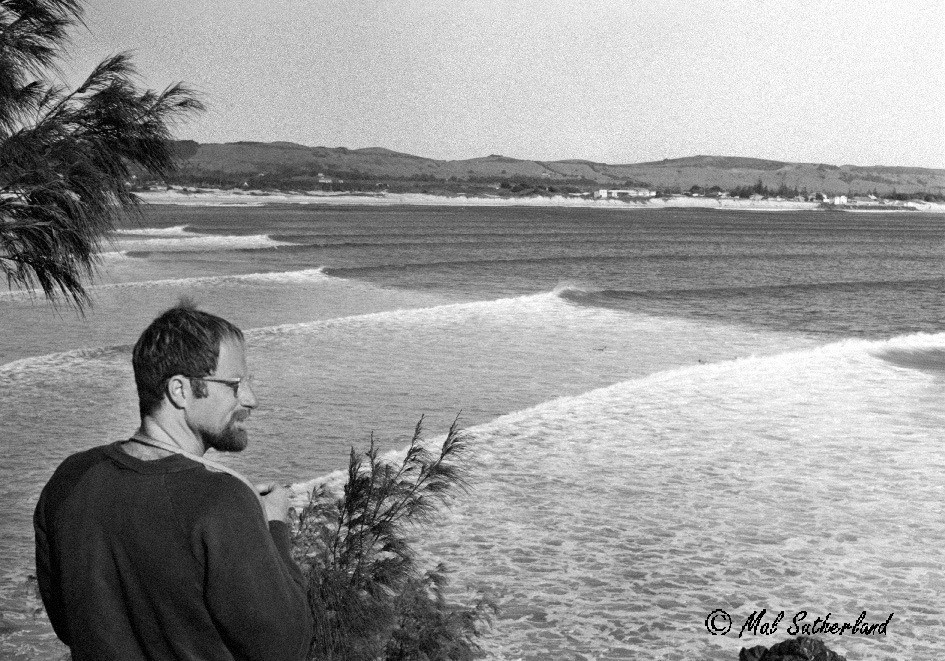 Local community comes together for Wildlife fundraiser at Currumbin

SurfWorld is very proud to have been involved with Surfing Services Australia and their Currumbin Wildlife Hospitial Fundraiser at Currumbin Alley
The fundraiser brought together a host of celebrities including
Joel Parkinson,Occy,Bede Durbridge Dean Morrison and Lincoln Lewis

On the day there were Surf lessons and Beach yoga plus a bunch of other family fun activities,all helping to raise funds for our wildlife injured in the devastating bushfires and all proceeds going directly to support our world class Currumbin Wildlife Hospital
Also lending her support was Division 14 - Cr Gail O'Neill, pictured below with Surfworld Chairman Daryl Barnett and Rod Brooks

Due to the overwhelming success of the Wildlife Fundraiser it is now scheduled to become an annual event! 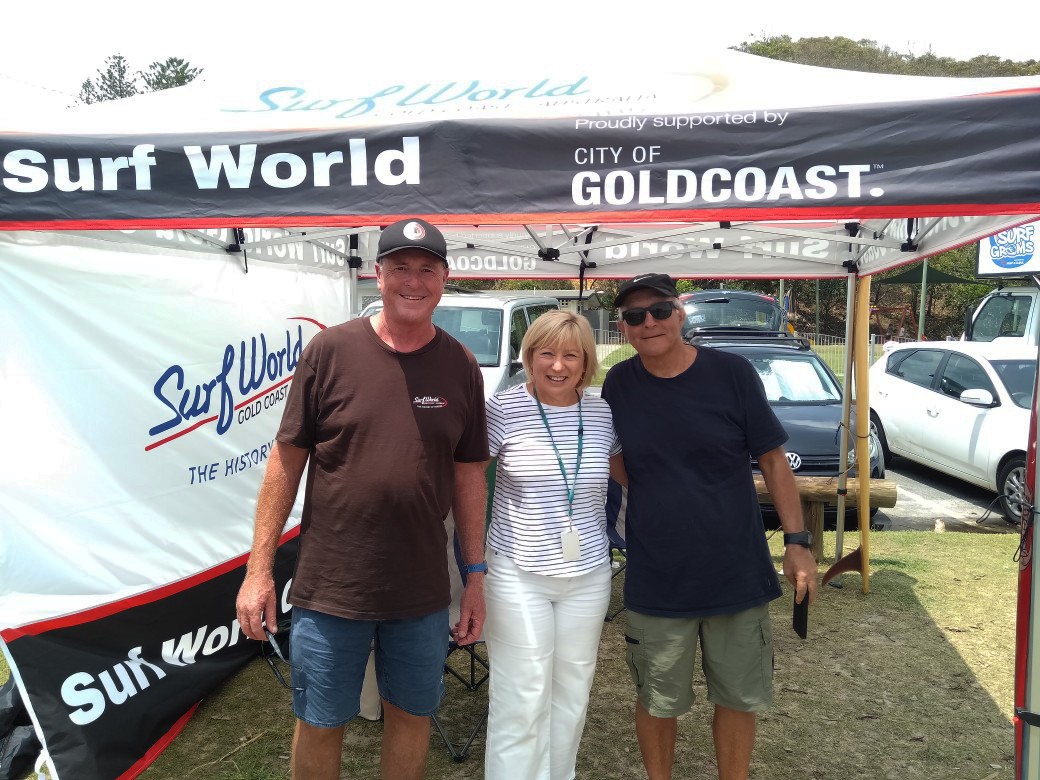 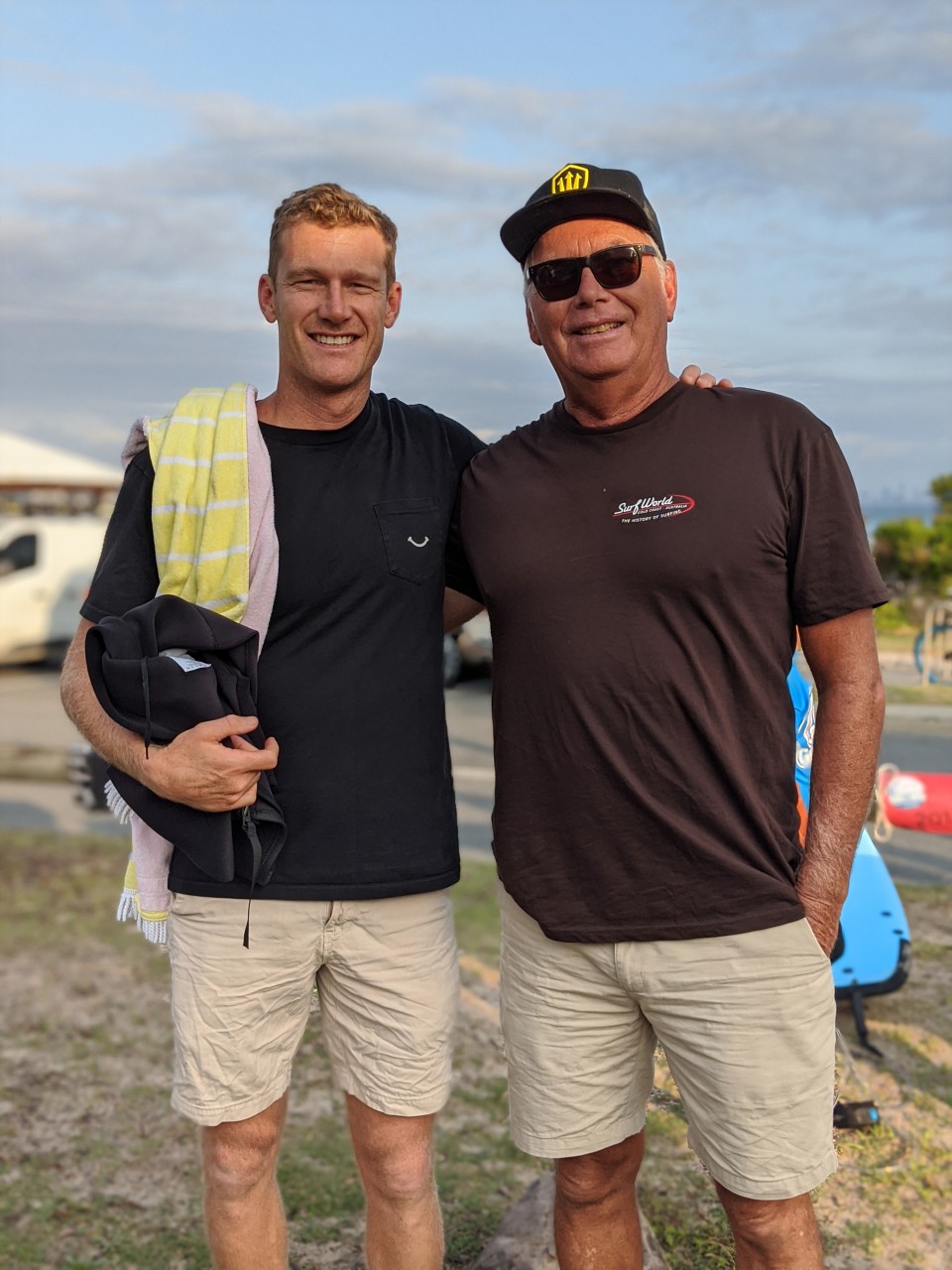 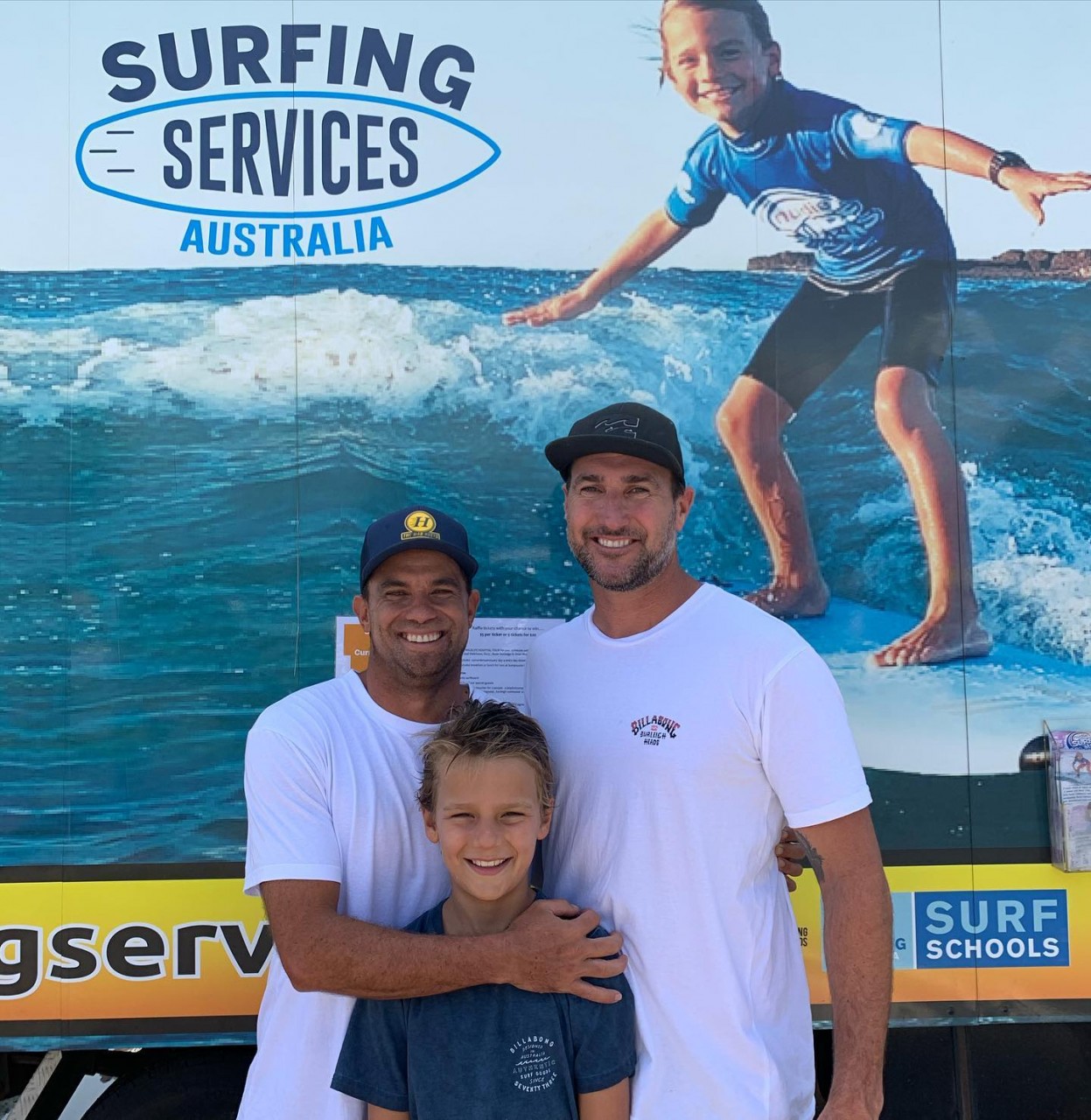 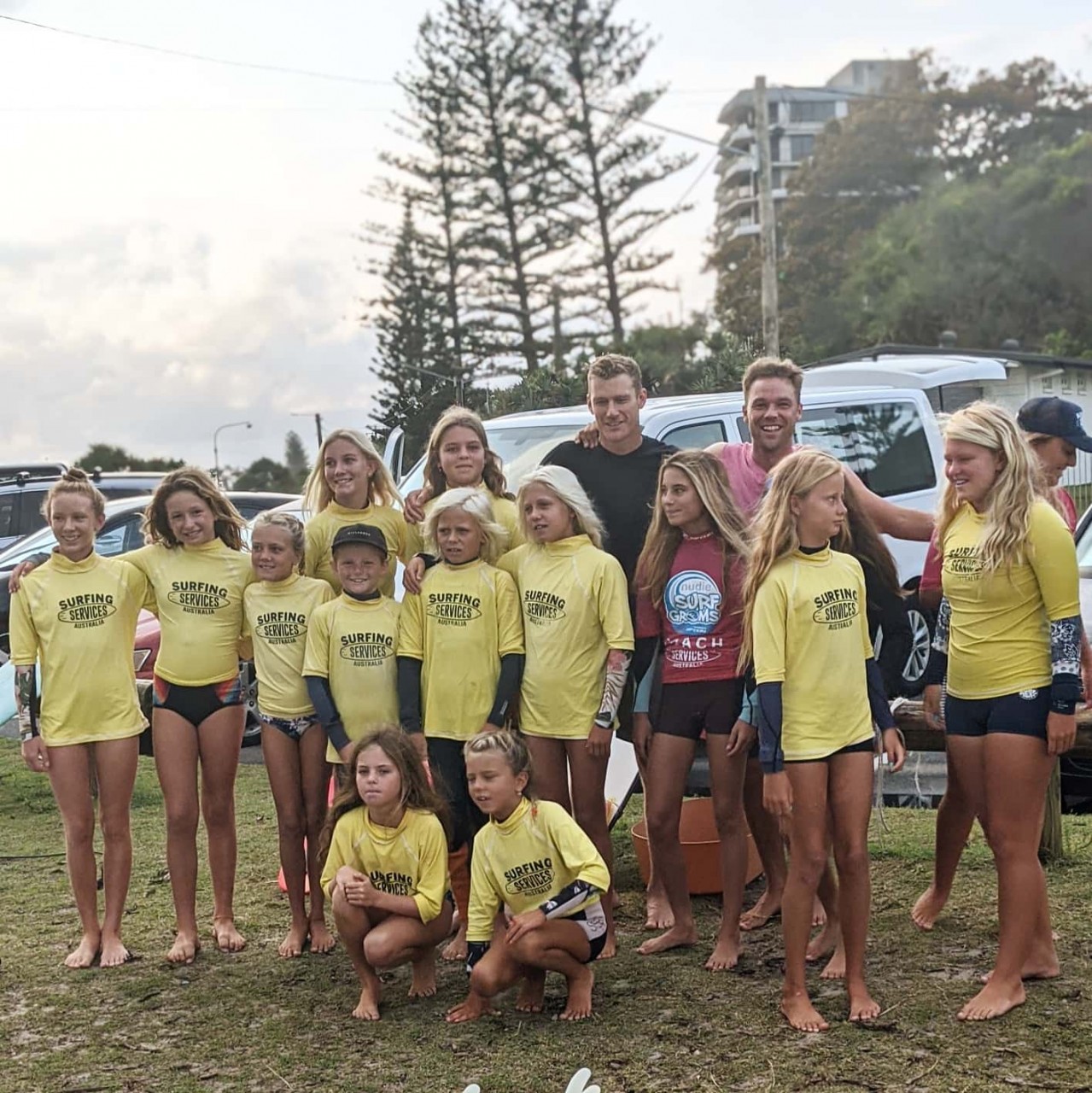 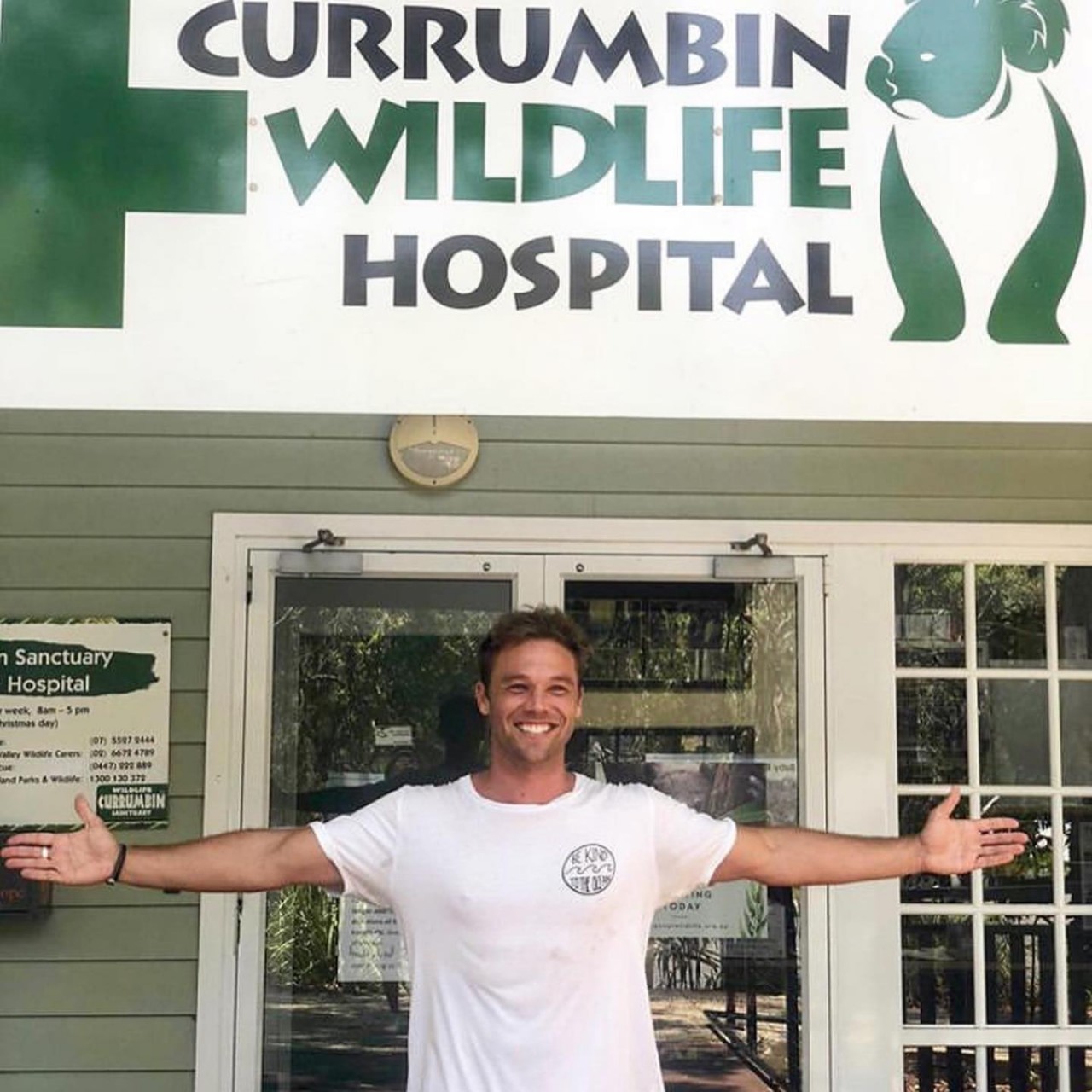 Burleigh Surf:Craft, A community celebration of the hand-made surfboard

SurfWorld is stoked to announce that we will be joining in with Burleigh Brewing on Saturday 4th of April for the - Burleigh Surf:Craft, A community celebration of the hand-made surfboard - at the Burleigh Brewing Taphouse from 3:00pm - 8:30pm.

The judges this year will be Surfworld's Patron Peter Harris and Master Shaper Richard Harvey , also on the panel are the Burleigh Surf:Craft 2019 winners - Dale Wilson and Yoshiro Takeda

Hosted by Jed Smith and Vaughan Blakey of AIN'T THAT SWELL, Burleigh Surf Craft will showcase some of Australia's finest surfboard craftsmanship. We will bring the community together to talk story, show builds and really make some noise about the proud history of creativity and innovation that defines the Australian surfboard. 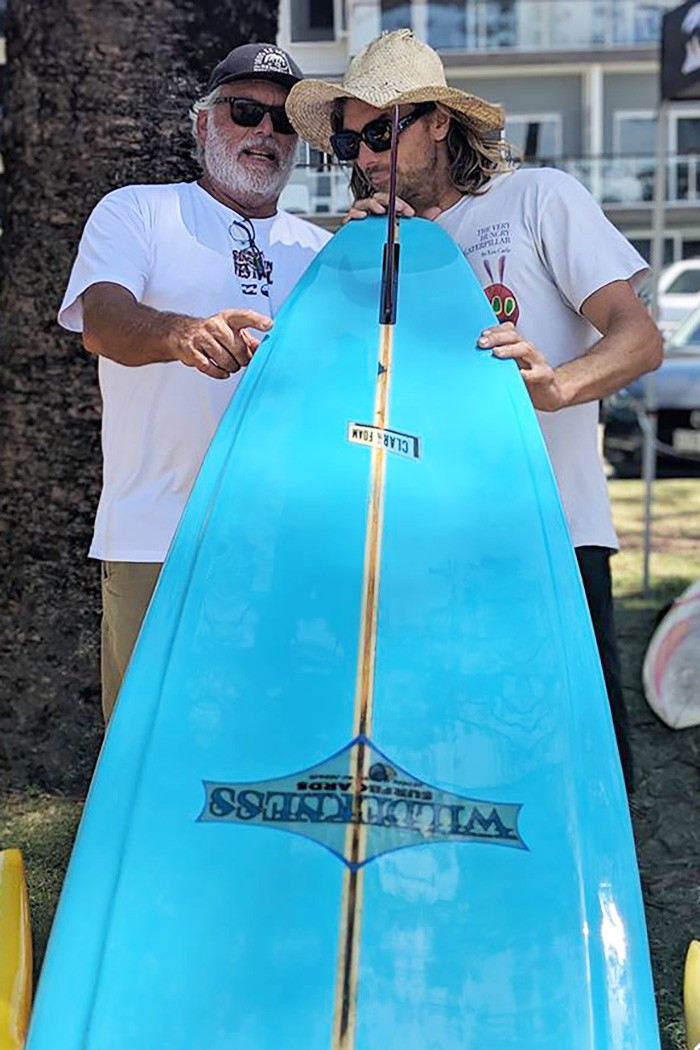 In Honour of MP 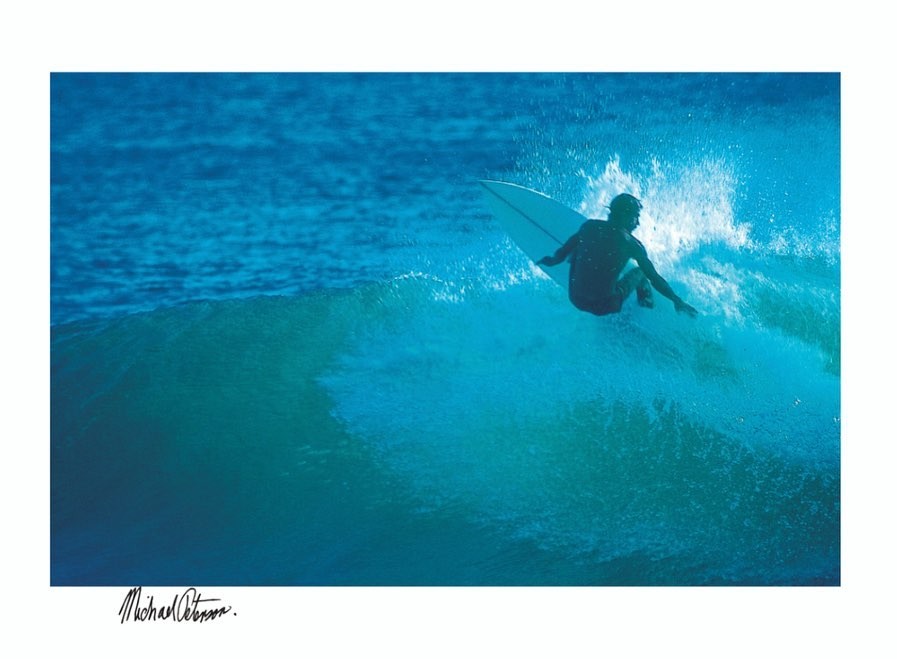 What a GREAT way to HELP our AUSSIE WILDLIFE and have a SURF and do some BEACH YOGA all at the same time !! + Raffle prizes to win

with ALL the proceeds directly to CURRUMBIN WILDLIFE HOSPITAL for distribution for our Australian wildlife healing, rehabilitation and protection ❤️🐨
CONTACT www.surfingservices.com.au to sign up for the fun