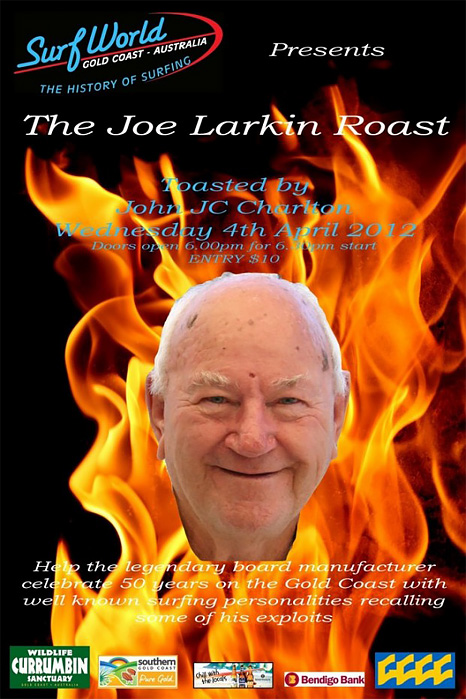 Surf World Gold Coast is hosting a ‘Roast’ night on the 4th April to acknowledge the 50th anniversary of legendary surf pioneer and board manufacturer Joe Larkin’s move to the Gold Coast. Already a well known surfer/shaper in Sydney Joe opened his factory at Miles Street, Kirra in early 1962 and in doing so became the first commercial manufacturer of surf boards on the coast. Noted for his craftsmanship his factory quickly became the hang-out for budding surfers and later in the 60s’ a think tank in the short board revolution.

Always one for a good time some of Joe’s exploits are the stuff of legends and with the event hosted (toasted) by long time friend John JC Charlton it is expected that the roasting will be severe.