SCREENING OF 'LITMUS' BY ANDREW KIDMAN 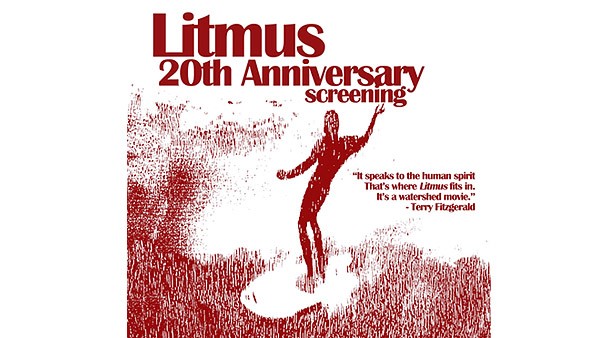 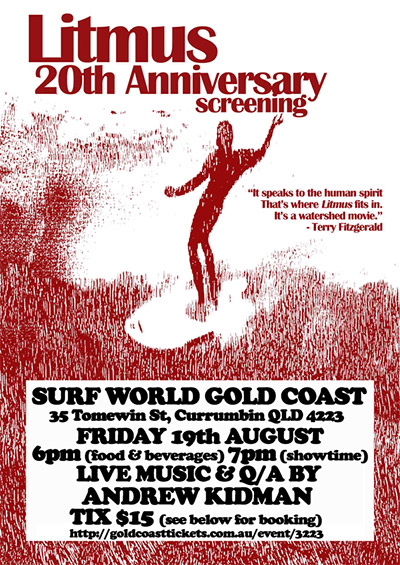 Shot in Australia, South Africa, Ireland, California and Hawaii, and featuring surfboard design guru Derek Hynd and iconic surfer-shaper Wayne Lynch (as well as appearances by Tom Curren and Miki Dora), the film, released in 1996, was entirely devoid of the hard-driving, thrash-and-burn ethos of the era.  Litmus helped shake the surfing world awake to the fact that stylish, flowing surfing didn't fade out with the advent of the tri-finned shortboard, and that the act of surfing itself is far richer than a set of saleable cliches.

The film spread the gospel of what has been labelled a 'retro-progressive' school of surfing, and what was being practiced by an avant-garde core soon spread all over the world.  According to Kidman, 'originally cinematographer John Frank and I just wanted to make a film that showed how Wayne Lynch and Derek Hynd had remained surfing extremely well into their forties, and how they had achieved this through design exploration.  Other things happened along the way, like the waves in Ireland.  We just put the time into the subjects and the places until we felt like we'd represented them with honesty.'

Tickets $15 each and can be purchased from Surf World or goldcoasttickets.com.au

Tweet
INTERNATIONAL SURFING SYMPOSIUM
'From Steel City To Hollywood', An Evening with PH...